The Waterford Greenway is a walking/cycling route developed on the track of the disused railway line between Waterford and Dungarvan and is 46Km in total length. We live very close to the Waterford end of the Greenway and used walk the old railway very regularly before it was redeveloped. In fact, we used bemoan the development as it removed an area of quiet (and almost private) wilderness but the new walkway is very obviously extremely popular and there is rarely a day when the carpark near us is not well full of cars, left by walkers, cyclists and joggers.

We joined a group for a walk in mid-January, just a short section of the Greenway, and decided then that we would try to walk the entire route. Obviously, we weren’t going to walk the route in one session – 46Km would be beyond us! – so we broke it into sections, each approximately 5Km in length, parking the car, walking to our planned destination and then returning to the car by the same route giving us walks of about 10Km each time or about an hour and a half in time. In this manner, we actually have walked the Greenway twice!

We walked our final section, between Kilmacthomas and Kilmeadan, in the last three days, breaking it up into easy walks and this morning brought our venture to an end. The weather wasn’t with us today as it was misty, windy and cool but it was a relatively short walk and, being the final section, there was a sense of achievement.

I was happy to realise that the section of the Greenway closest to home/Waterford is by far the most pleasant, picturesque and beautiful with excellent views along the River Suir as one walks from Kilmeadan towards Waterford – with Mount Congreve Gardens, Killotteran and Waterford Institute of Technology as convenient stops along the way for those who would wish to break the journey. The viaducts at Durrow and Kilmacthomas are often photographed and used to promote walking on the Greenway but, of course, one doesn’t have a view of the viaducts when walking on them. The tunnel at Durrow is very interesting, an amazing construction, but still not as pleasant as the walk along the banks of the River Suir.

That’s done! We’ll walk sections again but now it is on to the next project! 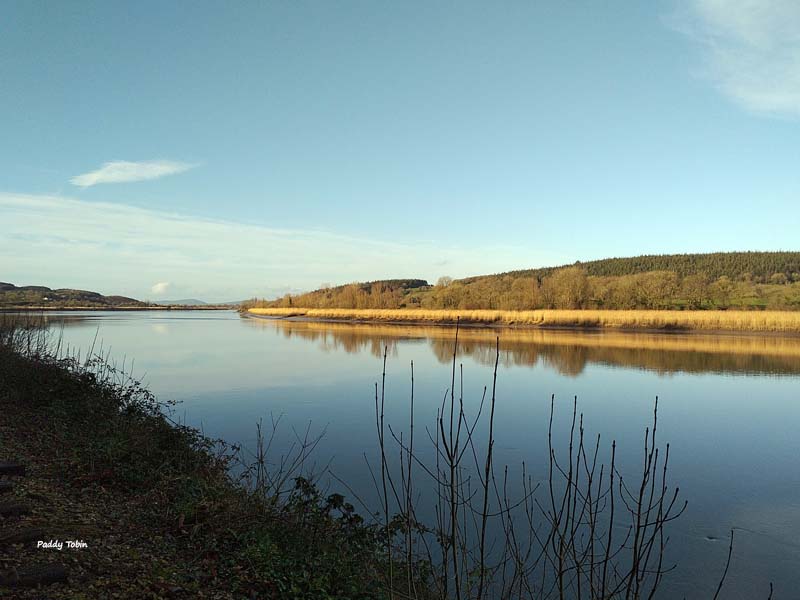