Trentham Estate, in Stoke-on-Trent, has experienced great changes throughout its history; change will inevitably continue; and its most recent changes have seen one of the largest garden developments in Britain.

The estate dates to 1086; there was an Augustinian Priory on the site, followed by a convent and Trentham Priory. The estate was sold in 1540 to a Wolverhampton wool merchant, James Leveson, and Sir Richard Leveson built a new house there in 1634 which was replaced by his son in 1690. John Leveson-Gower built a hall in 1730 which was greatly altered by his son in 1775 with change and expansion continuing through the 19th century.

It was a great loss that this grand house was demolished in the 20th century. It had been offered gratis to the local council in 1905; was abandoned in 1907 and demolished in 1912-13 by its owner the 4th Duke of Sutherland when the council demurred. However, the park, gardens, lake and woodlands were all preserved. Actually, the lake was one reason the owners wished to leave – it was a lake which had been formed artificially on the River Trent but had become polluted by effluent from the potteries. St. Modwen Properties bought the estate in 1996, restored the surrounding gardens in 2000 – 2004 and attracted 3 million visitors in 2013. A luxury 5-star hotel was planned for the estate but it proved to be not economically viable to build this.

The original garden, laid out by Charles Bridgeman, was redesigned as a serpentine park by Lancelot “Capability” Brown from 1758 onwards but are now best known for the formal gardens laid out in the 1840s by Sir Charles Barry. Also of note is the native oak woodland with 200,000 trees planted as a Royal Diamond Jubilee Wood in 2012.

Today’s visitor to Trentham Gardens must first navigate the retail village of 77 shop units – yes, it is quite enormous – and the route from carpark to garden entrance is planned to channel the visitor along the length of the main street. This is truly a major venue and was hosting a series of college conferrings on the day of our visit without crowding the gardens.

A modern pedestrian bridge carries the visitor across the River Trent into a large garden of grasses and herbaceous perennials designed by Piet Oudolf. It was an unfortunate introduction to the garden as it was an area planned for earlier in the year when Iris germanica cultivars would have provided colour interest while in mid-July it all appeared a little tired and dishevelled. It affirmed all my prejudices about these gardens that, for much of the year, they are formless, shapeless and uninteresting.

It was then a welcome pleasure to walk in the areas of the garden which were in season with flowering plants complimented by a wide range of grasses. It all looked so perfectly natural though, of course, the most perfectly contrived planting imaginable – art imitating nature. It was very enjoyable and we wandered about here for some time. 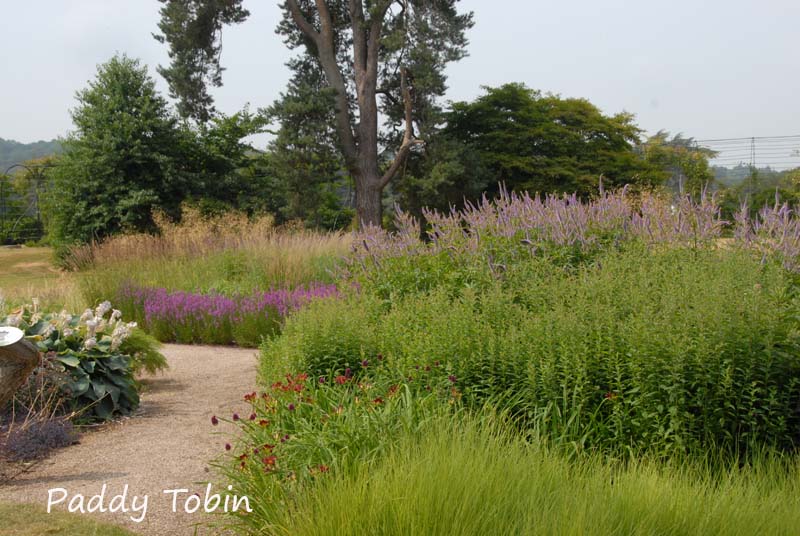 Piet Oudolf also designed the long borders to either side of the formal Italian garden – that laid out in the 1840s by Sir Charles Barry – which was refurbished to a planting plan from Tom Stuart-Smith and which compliments the style of the Piet Oudolf gardens and that garden movement which paired informal, even fluffy, planting with a very formal rigid design. The Trentham website carries some images of the Italian Garden shortly after its planting and it looked magnificent but nowadays the planting is less well maintained, a little shabby even, the grass edges less sharp and, horror of horrors, patches of horticultural fabric show from beneath the mulch used on the beds.

The Italian Garden must, by nature and intent, be formal, organised, geometric, neat and tidy with a pristine finish but, here at Trentham, it is now spoiled by a lack of good maintenance. Nonetheless, the Italian Garden, is enormously impressive and best viewed from the viewing platform above the gardens which gives a spectacular view through the long axis of the garden to the statue of Persius and Medusa backed by the lake. 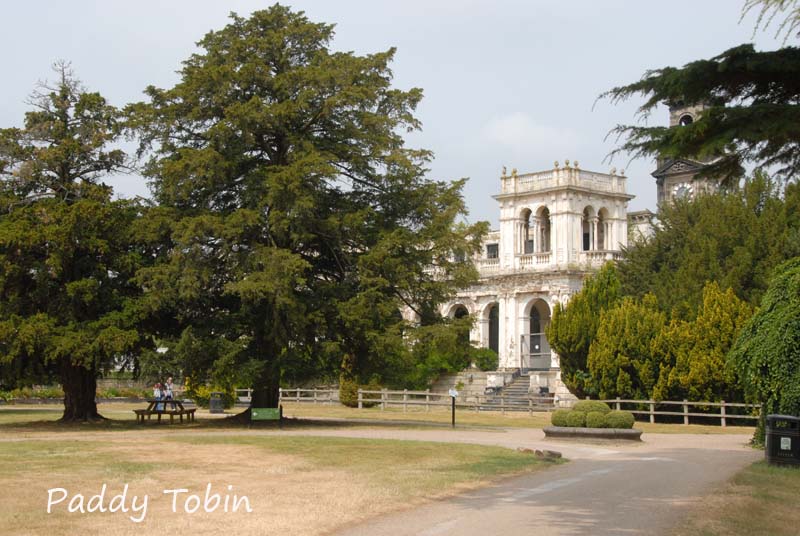 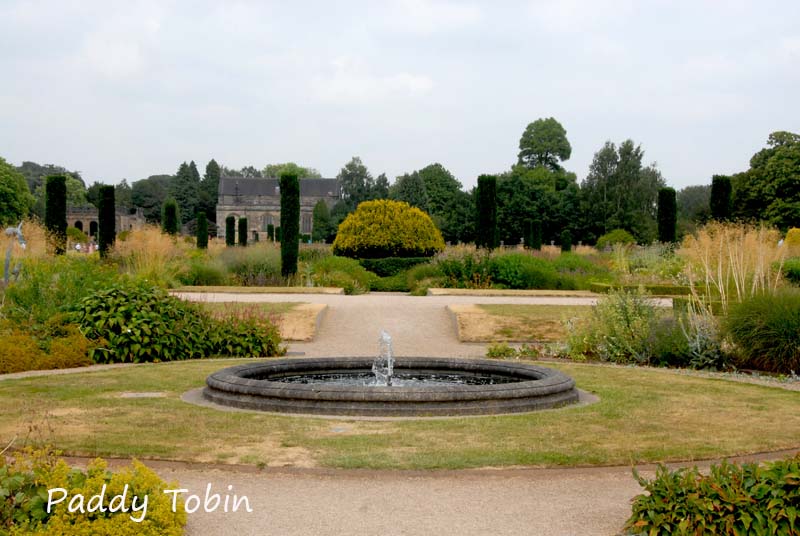 And, there we left it. It was interesting to see it; the Italian Garden was magnificent in its scale and grandeur, if disappointing in its present state. The Piet Oudolf garden beds which were in season were beautiful while those out of season were dull and, once again, we braved the retail village and resisted everything from Crocs for the garden to select whiskey blends – though I could have enjoyed some of these!