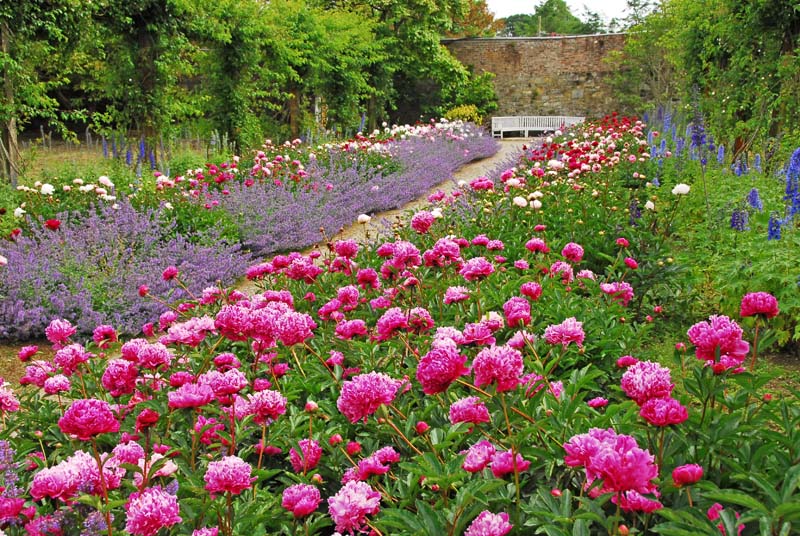 Early June each year brings one of the most spectacular and popular flower displays at Mount Congreve Gardens in Waterford.  It is one of the most wonderful examples in the garden of Mr. Ambrose Congreve’s planting philosophy of planting in large numbers. He would always wish to have his plants in groups of 25, 50, even a hundred so as to create a striking and powerful impact. He achieved this so perfectly with the Paeonia Borders in the walled gardens. 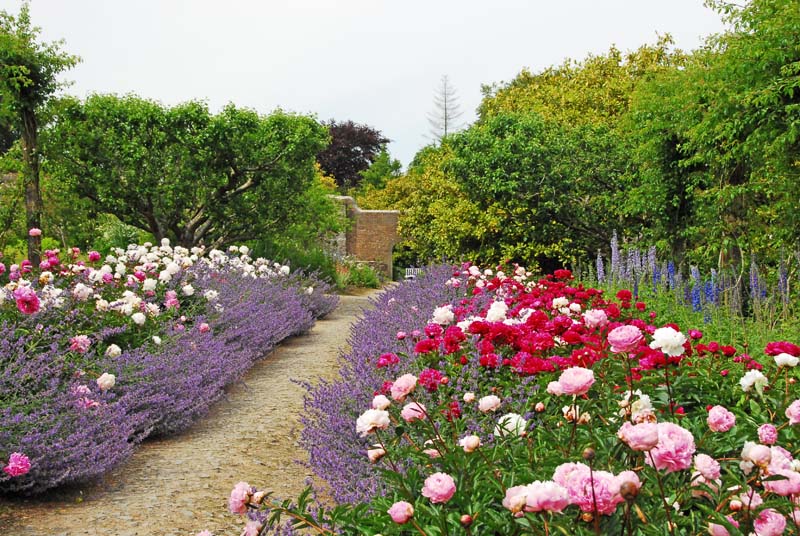 Here we have a pair of borders running for over 50 metres along the central axis of the walled garden chock full to a depth of two metres with a fabulous selection of herbaceous paeonias in a wide range of colours, pinks, reds, maroons, whites and yellows. It is a kaleidoscope to delight and dazzle the eye.

Such a mixed planting of many colours could so very easily be disastrously incoherent, clashing and jarring to the eye but the whole planting is united by being fronted by the beautiful and soothing colour of Nepeta ‘Six Hills Giant’ and then backed by blue delphiniums and the magnificent swags, 4 metres tall, of Roses ‘Paul’s Himalayan Musk’ and ‘Veilchenblau’.

I don’t believe there is a display to match these borders in the country; they  truly are magnificent in their proportions, array, design and display.