Iris unguicularis, commonly called the Algerian Iris, is one of the delights of the winter garden. It is a perennial plant, growing from rhizomes which spread with ease when planted in a soil which is free-draining and in full sun. It grows to about 30cm. high and though generally described as being evergreen it is more the case that the old foliage hangs on while the new foliage is replacing it. Indeed, at times, it might be considered a little messy.

The first flowers of iris unguicularis have begun to appear here over the last few weeks. They signal the start of winter and what a delightful start  with such beauty and such hope as these delicate blossoms brave the worst weather of the year and yet look so beautiful.

I grow three cultivars in the garden, ‘Mary Barnard’, ‘Walter Butt’ and the one which is very special to me ‘Kilbroney Marble’. This latter because it is of Irish origin and because it has unique markings on the petal. The true species of I. unguiguaris has deep violet petals with white and deep yellow at the base of each fall. The petals of ‘Kilbroney Marble’ have the addition of marbling on each of the petals making them particularly interesting and attractive.

Iris unguicularis ‘Kilbroney Marble’ arose in a garden in Co. Down and was originally propagated and distributed by the famous Slieve Donard Nursery. Presently, it is not a plant you are likely to come across in garden centres – mine came from an  IGPS plant sale around 2003 as I see I wrote a note about it in the IGPS newsletter in 2004.

However, Fitzgerald Nurseries have it in production at the moment and it is likely to be stocked by garden centres in 2016 so take note and you will have a beautiful plant for your garden and a little piece of Irish gardening heritage to treasure. 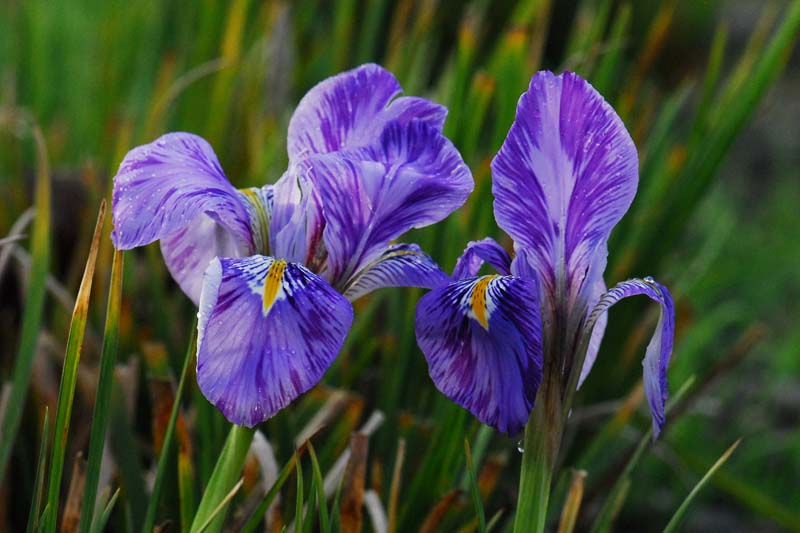 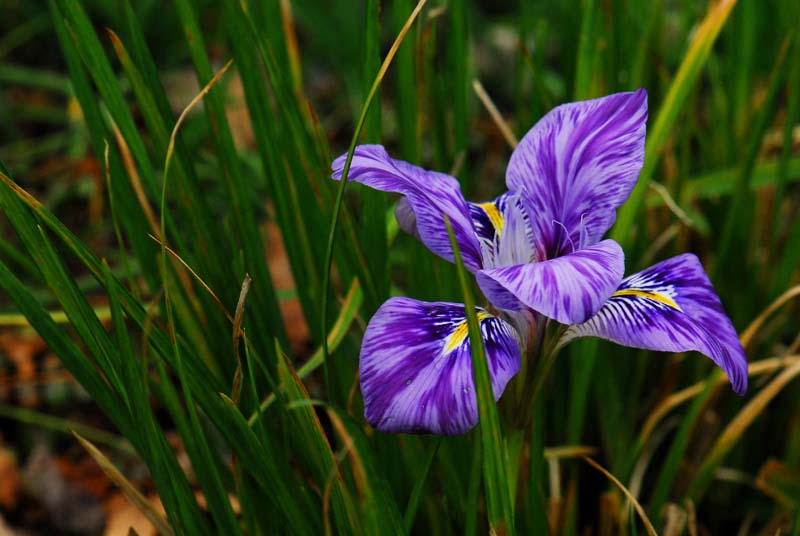